Dental implants function as surgical components which will interface with the jaw bone, supporting various prosthesis attachments such as crowns, dentures and bridges. The foundation for such implants is a process referred to as osseointegration, where the implant will produce a strong bond with the bone.

Who Should Get Implants?

These implants are indispensable for those that suffer from edentulous or missing teeth. Loss of one’s teeth can lead to a number of serious health problems. The bone of the jaw will permanently change when a tooth is lost and an implant doesn’t replace it. Because adequate chewing pressure no longer exists for bone stimulation, the bone mass itself will dissolve.

Additionally, the adjacent teeth will shift toward the space which is vacant. As time passes, this will lead to apertures between them and because these teeth don’t have a force which counteracts them, their overall anatomical orientation will be adversely affected. As the jaw bones deteriorate further, the face will drape onto the bone in a manner that makes one appear older with more wrinkles.

Even the loss of one tooth can dramatically alter the manner in which one eats. Those with missing teeth also have a greater susceptibility to diseases such as osteoporosis and cardiovascular disease, since the growth of plaque near the carotid artery can lead to more missing teeth which in turn increase the likelihood of heart disease and stroke.

The two most popular implant brands are Dentium and Straumann. Dentium is sought after due to its high stabilization inside extraction sockets, its early loading inside the upper posterior and ease with which it acclimates to the anatomy. Its insertion is fast and sharp, and because it uses a tapered design, the distribution of the tapered load achieves outstanding bone response.

Dentium also uses a broad surface area, which means that excellent stability is provided even when sinus augmentation is factored in. It uses a conical hex based connection between the abutment interface and implant, which results in a hermetic seal. The connection is also biologic, which means that the load is evenly distributed across the fixture. As a result, both bone loss and micro movement are greatly minimized.

The Straumann implant is well suited to treatments at the bone level which are used in conjunction with subgingival or gingival healing. It has a rough surface, which extends to its top where the connection will shift inward. It uses an apex which is tapered with 3 cutting notches, that makes the implant outstanding for operations involving either extraction sockets which are fresh or soft bone sockets where stability is essential. Straumann also incorporates a color code which is unified into its tool which makes identification easier for various endosteal diameters.

Straumann Implants utilize a bone control mechanism which offers maximum bone crestal preservation along with microgap control. Its patented CrossFit connection results in assembly and component positioning that are greatly simplified. It also uses a special material called Roxolid which has superb mechanical characteristics and the SLActive surface provides rapid osseointegration with greater predictability. Because the implant’s structure is apically tapered, this allows for under preparation which will support the stability of soft bone.

Implant surgery is usually performed at the hospital or dentist office. An evaluation and diagnosis of the patient’s local and general health must be performed, along with an analysis of their anatomical and biomechanical structure. Based on this data, the dentist will make recommendations to the patient. Prior to surgery, the patient will be given general or local anesthesia. After that the surgery will begin.

During the first stage, an incision will be made where the site for the implant will be exposed. A group of gradually widening drills will be employed to open the right sized socket. The implant will then be securely put into place. During the second stage, the crown may be temporarily removed, since the actual crown will be on the abutment, which acts as a connective element which is designed to attach the crown to the dental implant.

Once the surgical procedure is finished, the patient must be given time to heal. The fixture has to fully integrate with bone before the patient can proceed. During this time doctors will usually fabricate provisional restorations so the patient won’t display missing teeth. The total process for Dentium can last from three to four months while Straumann implants require two months. For final restoration, the dentist will make negative imprints of both the soft and hard tissues, which will then be transmitted to a dental lab. This data will be used to create a prosthesis that is completely customized.

Some patients experience fever after getting oral surgery. If the temperature rises above 101.5 degrees Fahrenheit, you should contact your doctor. Other symptoms include dizziness, nausea and vomiting, bruising, bleeding and swelling, which should all disappear over time.

Nobel Biocare – All  on Four Implant

Standard implant surgeries are a costly, multiple stage procedure which requires a total of eighteen months when healing, bone grafting and implant placement are included. The “All on four” is a new technique that allows bridge stabilization with just 4 implants, instead of the traditional eight. This allows for same day operations with lower costs and increased comfort. The cost for this procedure is just RM 88000. 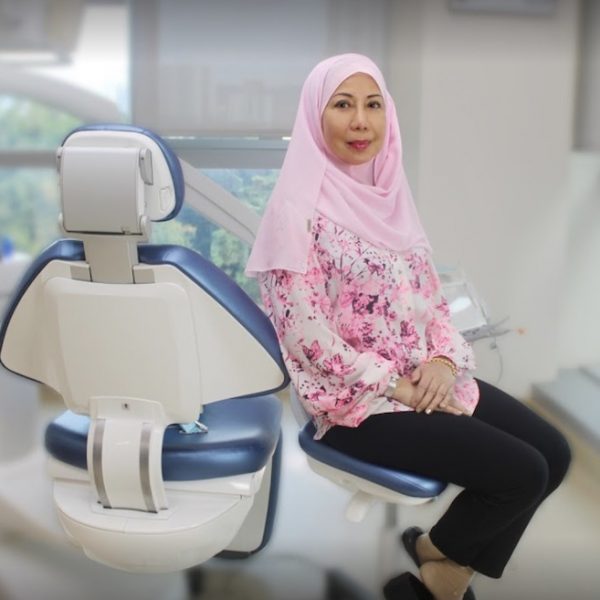 Dr. Datin Norma earned her Field of Dentistry Fellowship in 1986 in Ireland and became a dental specialist by 1987. She also served as the Head of Department Oral Maxillofacial Surgery at the Kuala Lumpur hospital. She has an extensive background in oral pathology and cancer, implantology and the application of general anesthesia along with wisdom tooth removal. Call us to receive a consultation and be sure to request our special promotion.

HOW CAN WE HELP?